Barack Obama and the challenges of the 2012 election 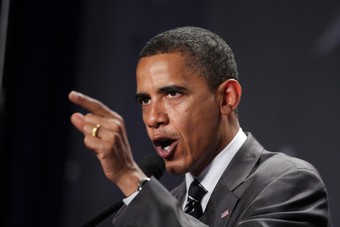 Barack Obama and the challenges of the 2012 election

Of all the races for a seat in Congress in November, the one fought by Scott Brown and Elizabeth Warren is the most fascinating. Not only because it opposes a Republican who took – sacrilege! – the “liberal lion’ Ted Kennedy’s seat in 2010, to the new progressive muse, a Harvard professor who fought with ardor against Wall Street, put in place the Consumer Financial Protection Bureau, and now defends the role of government with passion. But also because some, on the left, see in her precisely what they believe Barack Obama has not been: A character audaciously progressive. And that Obama did not appoint her as the head of the Bureau says a lot – or so they think.

Each one of them in their time – Roosevelt, Truman, Kennedy (not to mention Bill Clinton) - has been harshly criticized by the Democratic base. Having generated strong expectations, Obama is not an exception to the rule. His achievements are nonetheless solid. Not only did he avoid a new depression and save the auto industry, but the US president has also undertaken major reforms: healthcare, which, provided it passes the test of the Supreme Court, should ensure that 95% of Americans are insured over time; the re-regulation of the financial industry; many initiatives for the environment, chiefly at state level; in education, with more accessible scholarships, and with Race to the Top, which provides competitive grants to encourage states to reform schools through innovative approaches. But also with new regulations in the agro- and tobacco industries; the promotion of volunteerism and community engagement under the “Edward M. Kennedy Serve America Act’; a law against gender salary discrimination and one against heinous crimes; the repeal of “Don’t Ask, Don’t Tell’; legislation providing for better nutrition for children; investments in research, development and infrastructure; the signing of free trade agreements, etc. All of this thanks to an activist government determined to modernize America by making it a fairer place.

There are shortcomings: the “public option’ (which never stood a chance in the first place), the bonuses on Wall Street, the “cap and trade’ system, or even a real debate on education – enough for some to say that Obama did nothing. In addition, the fact that the way he governed was not innovative enough, a high unemployment rate, a highly-partisan era and the Republicans’ constant obstructionism soon fueled the story of a man willing to compromise on anything. But his appeal to the center left also reflected the diverse sensibilities of voters – a gesture not only tactical but also democratic. According to Gallup polls, since 2008, Democrats have shrunk from 50% to 43%; Republicans have grown from 37% to 40%, and independents have increased (from 12 to 15%) – all reflecting an America less Democratic, more measured.

So, should we be disappointed in Barack Obama’s moderate approach? Since 1981, the conservative wave has reframed the debate and has drawn the left further to the right. Obama is reframing the debate on the left and after 30 years of neo-liberalism is patiently rehabilitating words such as “higher taxes’ (for the super rich) or “government activism’ (in favor of others). At the moment, one can almost see two teams pulling on the same rope, the tensions gravitating to the center. But if he’s reelected and is able to cement his legacy, the conservatives could fall brutally, and future debates could be discussed in the left’s traditional fields. As a matter of fact, since the summer of 2011, where the quest for a “grand bargain’ on the debt brought the US to the brink of disaster and cost him so dearly, Obama has been repositioning himself more to the left in order to rally his base. Democratic strategists believe he will need to get every single vote of his base to be reelected.

What’s the alternative? What should we expect, say, from a Romney presidency? His program, Believe in America, is enlightening: A downsizing of government and of worker rights, an extension of the Bush tax cuts and abolition of other taxes, a repeal of the healthcare reform and financial and environmental deregulations, increased energy development (including in the Gulf of Mexico, the Outer Continental Shelf, Western lands, and Alaska): These are all proposals which are not really new but clearly on the right. So much for a man who is the most “moderate’ candidate in the primaries. And he would be hard-pressed to keep his promises by a Congress which would also, were he to become president, turn totally to the right – a right which is currently influenced by its most extreme wing, one that looks at George W. Bush as an apostate. That former Speaker Newt Gingrich, 68, is still in the race says a lot about the inability of the conservative movement to reinvent its arguments these days. In such a situation, the keepers of a certain balance would be those 41 Democrats in the Senate (and there should be around 50) who would unite to filibuster radical legislations… provided the Republicans don’t reform the procedure or do not make extensive use of the reconciliation process in favor of their agenda.

The Constitution would indeed be the last rampart against all forms of extremism. Except that a conservative president might also well end up in a position where he appoints one – perhaps even two – new judges on the Supreme Court, ensuring that the institution is solidly to the right for a long time. Back to 2012. An independent ticket could always alter the debate but it seems the November election should be – beyond the economy – about inequality and the very nature of capitalism (a word that 40% of Americans now perceive as negative, according to the Pew Research Center). The electorate looks much like that in 2008, except that the white workers and seniors support the right slightly more, and minorities and youth, which are reliably Democratic, have grown in number since 2008. Which, of these groups, will outnumber the others in November? This question may provide the key to Obama’s reelection and, perhaps with it, the fate of America as we know it.