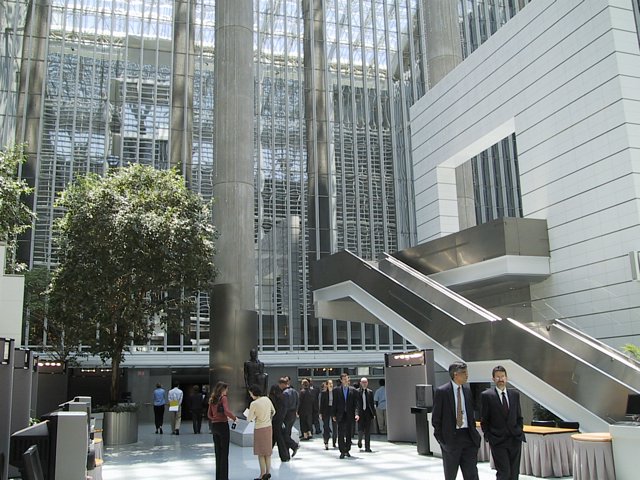 Policy makers on both sides of the Atlantic are wracking their brains about what to do with their historically high debt mountains. The Europeans are taking an approach to reduce their debt that involves a Germanic dose of financial rigor and austerity, first applied in Greece and now in the other Southern European countries as well. Germany has been nagging the other Europeans to get their houses in order: cut spending and entitlements, and raise taxes. But some of its Southern neighbors, notably Spain, are beginning to baulk. In the United States in contrast, the FED’s loose monetary policy has led to historically low long term interest rates that have reduced the cost of the debt mountain in the economy (while reducing returns to savers), and got the country back on a growth path, albeit one with anemic job creation. The US debt mountain is still there, although the people in Washington seem to hope that the magic of economic growth will make the mountain magically disappear. So it seems the Europeans favor austerity, the Americans growth and financial repression 1 .

But no matter which approach they are taking to tackle their debt, policy-makers on both sides of the pond are very much aware that the reduction of unemployment and the restoration of sustainable public finances all point to one Holy Grail, a necessary (but unfortunately not sufficient) condition: the developed world needs robust economic growth. They are now reviewing the nature and sources of past growth, to learn lessons which could help in the current situation. One example of such a review is the World Bank’s new study on the European experience with growth (just been published in a report entitled Golden Growth 2 ), undertaken at the request of the Polish authorities when they assumed the Presidency of the European Union in July 2011.

The World Bank’s long term perspective on the European growth engine furnishes some particularly rich insights, not only on the historical sources of growth in Europe but also on the quality of this growth. At a time when it is common to hear Europeans talk about the need for a new growth model in the European economic zone, it is useful to think also about the aspects of the old growth model that are worth keeping, and what should be thrown out on the trash heap of history.

It is worth remembering that per capita economic growth and the improvement of people’s living standards over the long term is quite a recent historical phenomenon. For very long period until the late 18th century, global per capita income hardly rose at all. With some exceptions, in what was essentially an economy based on subsistence agriculture, any increase in crop yields (mostly brought about by climatic warming periods) was soon offset by higher population growth, as much due to lower infant mortality as to increased female fertility. Population growth then eroded per capita income and brought the world’s population back to the “Malthusian Trap’ of static living standards 3 . It seemed to the vast majority of people that things would not change very much over their lifetime and that one’s grandparents’ lot was one’s own.

The Industrial Revolution changed all that: not only did real incomes start to vary for the first time (some increasing and some declining, creating winners and losers in the economy), but mentalities started to change too. By the end of the 19th century and especially in the 20th people began to strive to be better off than their grandparents and expected their grandchildren to be better off than themselves. We live in a similar mindset today – and while in Europe we may no longer hope our children will be dramatically better off than we are, we certainly would not like them to be worse off. 4

Europe is arguably the inventor of the Industrial Revolution and the modern growth mechanism. It experienced strong economic growth and economic transformation in the 19th century – particularly in Britain and its northern regions (Germany, France, Benelux) – until the First World War. The creation of what would eventually become the European Union following the Second World War 5 introduced new parameters into the European growth equation. These new parameters have led over the course of half a century to some extraordinary successes: the European model has resulted in a significant improvement in Europeans’ standards of living, and the countries of Europe underwent deeper integration and quicker convergence than anywhere else in the world. It led to a socially responsible business sector, strong labor protection and a generous social protection system. And of course it led to an unprecedented period of European peace.

A Union of traders

The EU stands out as the region of the world where trade now makes up the largest share of total GDP. The “common market’ for goods in Europe, a consequence of low barriers to trade within the Union (a key element of the European project), has not only led to sustained growth but also to very significant economic integration. Firms in Europe’s more developed economies have outsourced an increasing number of sophisticated tasks to firms located in their eastern neighbors (less so to the south). This integration has been underpinned by massive intra-European capital flows and has led to a phenomenon of convergence of incomes in Europe that has not been observed anywhere else in the world, neither in high-growth Asia nor in Latin America. The World Bank report concludes that convergence in Europe has come from market-based integration, not from nonmarket mechanisms driven by EU solidarity. If there is one key element of Europe’s growth secret it is opening up to trade.

But if the most important element of Europe’s past success has been its trade policy, today the trade agenda is being menaced by some European politicians (notably in France) who believe there is political capital to be gained through advocating protectionism or fuzzy anti-trade concepts like “deglobalization’ (“démondialisation’), whatever that means. Trade is the success story of Europe. It should not be undermined or discounted.

And while Europe’s trade successes have been considerable, there is yet more that could be achieved on the trade front too. EU markets for services (with the exception of financial services) remain fragmented and distorted; labor mobility is low; and many barriers to trade in services persist. Europe’s trade in services could triple over the next decade if these barriers were removed. In agriculture, The European Union’s Common Agricultural Policy (CAP) is not only a wasteful and distortionary use of EU resources (it absorbs one-third of the European Commission’s annual budget), but limits trade and other opportunities that would result from the integration of the EU’s eastern neighbors who have significant underutilized land resources. And most worrisome of all: the European growth machine seems to have stalled as the pace of dismantlement of trade barriers and enlargement has slowed. Since the turn of the millennium some European countries (like Greece, Italy and Portugal) have not been able to grow at all. Somehow the secret has been lost.

The quality of growth

Europe’s social/market economy model has conferred on its enterprises a high degree of corporate responsibility (especially in countries of northern Europe) and has provided greater security and equality for labor than in any other region. The Europeans have also put in place social protection programs that are largely funded and managed by the state and that contribute significantly to Europeans’ quality of life. In this regard Europe’s growth differs from that of the United States or newly emerging Asia: it is more socially responsible; it is more equitable; and it has greater solidarity.

During the period of high European growth and convergence (1957 – 1998) the business and labor market regulations and the higher tax burden that this model demanded did not seem to impair Europe’s growth to any significant degree. (It may be that their cost was offset over this period by gains from economic integration with dismantlement of trade barriers and EU enlargement.) However, now that further enlargement of the Union is on hold, Europe’s increased regulatory burden for firms and higher taxes result in lower overall economic growth.

For example, the McKinsey Global Institute estimates that Europeans work 733 hours per year per capita, about one month less than in the US. Half of the difference is due to much legally mandated shorter working hours for Europeans, and the other half to lower rates of participation of workers in the labor force due to higher unemployment and lower participation of women and seniors. The OECD’s employment protection legislation index concludes that European countries have much more restrictive employment legislation than non-EU industrial countries including Japan. Within Europe, countries in the south have more restrictive legislation than those in the north and east. Similar regulatory burdens can be found in other business areas as well. This legislation did not seem to impair the productivity of European workers compared to those of the United States and Japan until the middle of the 1990s, but over the past 15 years Europe has lost ground to the US and Japan in terms of labor productivity (see chart), which has resulted in lower overall growth.

On the social protection front, Europeans benefit from generous health services, publicly funded pensions, and free or subsidized education to tertiary level. In most countries these social protection systems are managed by government and financed through payroll or general taxes. These measures have contributed to the high quality of life of European citizens, and polls show that Europeans are very attached to them. However, Europe’s aging population has led to an explosion of pension and health-related spending and a huge increase in the size of governments. The increased tax burden that this social protection has required also holds back growth, as it raises firms’ costs (making them less competitive internationally) and crowds out private investment in productive capacity.

What to do? Europe has a system of regulation and social protection that its population strongly desires to maintain. It led to “golden growth’ for decades. At the same time, in the current environment, characterized by increased competition externally – notably from the rising BRICs 6 – and an aging population internally, Europeans can no longer afford this system in its current state. It costs far too much in terms of foregone growth and is no longer sustainable. It is now being financed by public debt that can no longer be repaid.

The good news is that Europe’s system does not have to be thrown out lock, stock and barrel. There are within Europe enough examples of countries that have reformed and managed to claw back productivity and growth: Germany, the Netherlands, Austria, Finland, Luxembourg. Their example shows what measures that the other countries (notably France, Italy, Spain, Portugal) need to implement. For each country the specific measures will differ but all involve labor market reform; rationalization and streamlining of the social welfare system (especially entitlement programs), with increasing private financing of non-core programs such as tertiary education; and aggressive removal of barriers to trade in services to bring in productivity-enhancing techniques and technology. In this way, the essence of Europe’s system can be preserved, by making it financially sustainable over the long term.

To get out of the current mess the Europeans seem to favor cost cutting while the Americans favor high growth. The irony is that both will be needed if we are to get back to a sustainable debt path in the developed world.